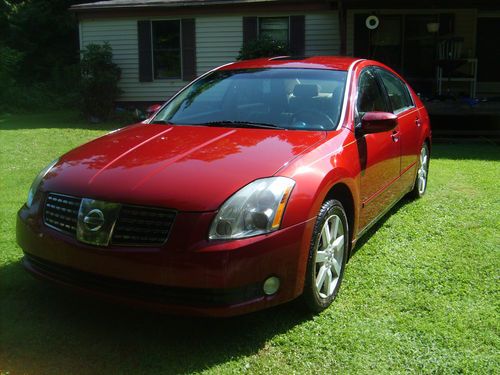 Condition: Used: A vehicle is considered used if it has been registered and issued a title. Used vehicles have had at least one previous owner. The condition of the exterior, interior and engine can vary depending on the vehicle's history. See the seller's listing for full details and description of any imperfections. ...
2005 Nissan Maxima 3.5SL for sale with a V6 engine .... was given to us by my elderly father-in-law with 95K on it. Since then it has been well taken care of and now has 165,488 miles.
All records have been kept and some of the major things done are: