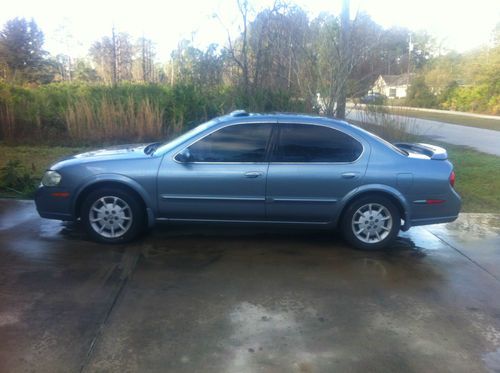 Here is a beautiful 2000 nissan maxima GLE fully loaded, it have  130000 miles on it... car runs great. selling it because i just got a new altima so i dont need this one. car is also being sold on craigslist as well so therefore i have the right to cancel bids anytime i want if sold locally. the also comes with a brand new Pioneer AVH-X2500BT DVD receiver player. It was installed on Monday March 11,  20013. Also car is prehooked if you like loud music.all tires are in great shape.