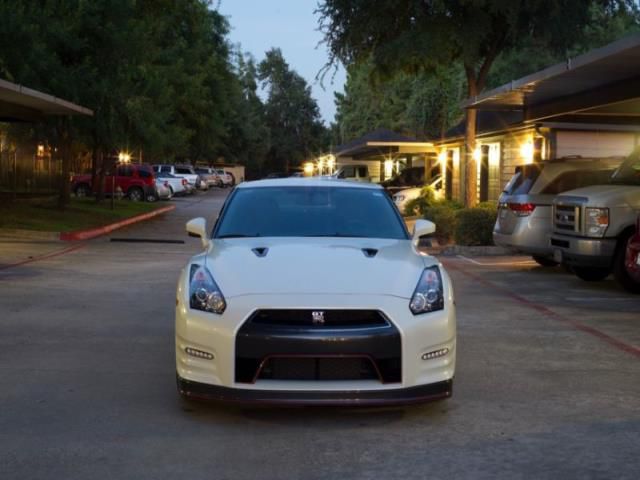 The car has never seen rain and has always been garaged; Under factory warranty and still smells new; HKS exhaust and injen intakes professionally installed by Nissan dealership; Mileage is 14,258; All four tires were replaced with OEM Dunlops from the dealer and have an age of about 2,000 miles; Up to date with service; The HKS exhausts together with the intakes make it sound awesome. A clear bra from the dealer was also put on the vehicle.

In America, Nissan attempts to slake our kinschlepping needs with its slow-selling Quest minivan, but in Japan, where consumers seem a lot less reluctant to buy MPVs, there are a lot more models for every size family and budget. Nissan itself offers no fewer than six such minivans, including the popular Serena seen here.
Technically a mid-cycle facelift, this new Serena continues to offer seating for up to eight people with a gas-only or mild hybrid driveline delivering power to either the front or all four wheels. This Tokyo Motor Show reveal takes that familiar package and lends it a freshened look, complete with a revamped front fascia with less chrome frosting, optional LED headlamps, new LED taillamps and new alloy wheel patterns. In addition, the Serena receives new active safety technology, including lane departure warning systems, Around View Monitor with Moving Option Detection, Driver Attention Alert, and so on.
With only a 2.0-liter four-cylinder engine paired with a continuously variable transmission, you might expect the Serena to be smaller than today's American minivans, and you'd be right - it's roughly the size of a short-wheelbase Gen III Dodge Caravan, making its seating capacity particularly impressive. Said another way, the Serena is likely to stay forbidden fruit, but that doesn't mean you can't enjoy it in our gallery.

With all-wheel drive, launch control and a dual-clutch transmission, the Nissan GT-R may be easier to manage than most supercars. But that doesn't mean that dragging one on a wet strip is a good idea.
Filmed at the Unlimited 500+ drag race in Moscow, Russia, this video depicts a pair of GT-Rs going head to head. But things didn't go quite as planned when the driver of one lost control of her twin-turbo supercar. We'll let the video below speak for itself, but thankfully it appears no one was hurt - an outcome that seems particularly remarkable in light of the fact that it appears that the driver was not wearing a fire suit or helmet.