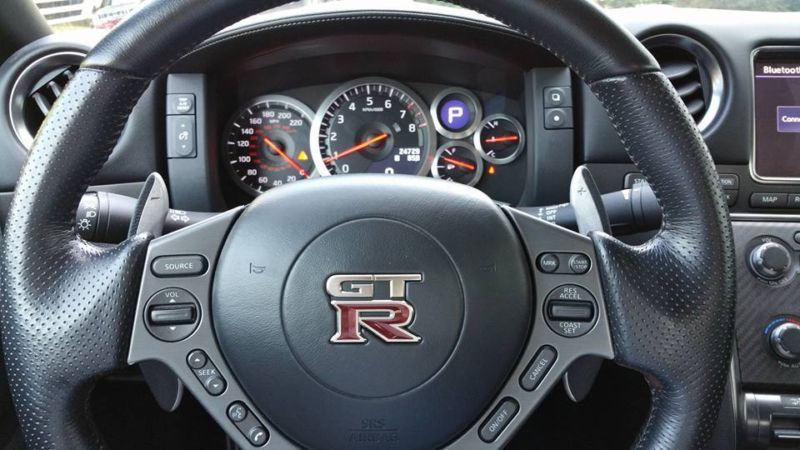 If you have questions email email me at: paulitagainforth@gmx.us .

Up for sale is a super clean Black on Black 2013 Nissan GT-R Premium Coupe. As you are probably aware, these
premium coupes come with just about everything. The only two options available are included and that is the GT-R
embroidered floor mats and car cover. This vehicle has had only one adult owner and as you can see from the photos,
it has been very well cared for. There was 24,729 miles on the clock on Monday, but there will be more by the time
the vehicle sells as it is being enjoyed on a daily basis....weather permitting of course.
Mechanically: This GT-R is a beast. It runs smooth, shifts hard and handles like a dream. The 2013 models are
the most sought after as the best track times have been recorded from them. Everything functions properly and the
tires all have at least 50% tread life remaining.
Cosmetically: This GT-R is an absolute beauty. The paint shines like new all around and the rims are in very good
shape showing very few chips/scuffs. There is no damage present that requires any real attention. As with any
vehicle driven for 24,700 miles + in and around the tri-state area, there was one accident.