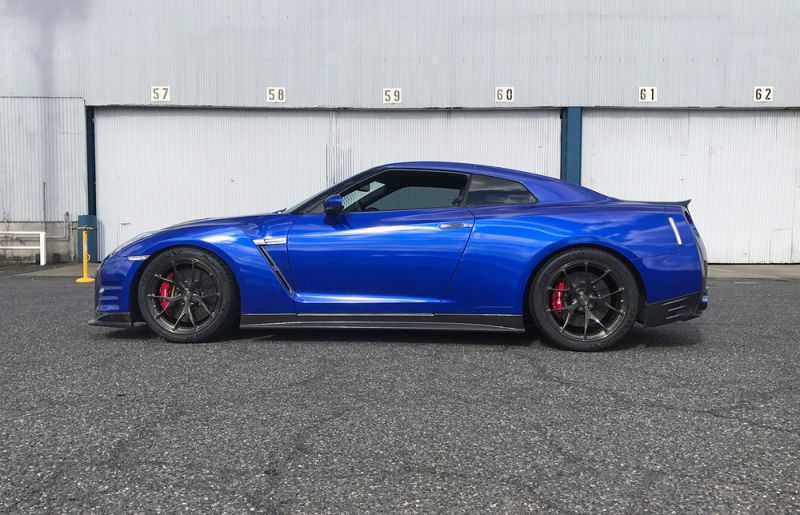 Send me an email at: hortensehmmcclarin@bigboys.net .

For Sale is a very clean and fast full street GTR. My goal was 1000+ whp while maintaining full street
manners. I dislike loud raspy, drony cars; this is one of, if not the quietest cruising monster GTR that’s been
offered for sale. Around town it’s not much louder than a stock GTR, at WOT it throws 4 foot flames out the
back. I purchased the car with most of the mods and all the big stuff finished (motor, tranny, etc.). Since I
have owned it, I finished the interior in full alcantera (roof, back, lower dash, etc.), added more carbon, added
sound deadening, switched to a Linney Titan 4” exhaust with custom 4” resonated midpipe (car has least amount
of drone of any high HP GTR I have heard), cleaned up and updated some of the engine bay wiring, upgraded to ECUtek
5.2, added custom ultra-lightweight forged signature 20” wheels with cup2 tires, added new DDS axels and did all
services.
I have owned the car for approximately 1200 miles, including a 2 day 300 mile road trip through the mountains with
no issues. Mileage is now around 2500 on the full build. I have only taken it to the track once and made 1 pass
(was kicked out due to no cage) which did 9.7@157mph (crappy track not the best traction) on the current 20”
street tires in street trim, street tune etc. This is with boost set at 22psi in lower gears; car should do 8s @
160+ if owner choses to bolt on some drag radials and crank up the boost in lower gears. I am into street cars not
race cars so I never bothered going back to the track. I vboxed 60-130 an average of 4.0. I have ran the car vs.
a few high HP cars worth running around here (which is not many) from a roll and it has never lost, also beat all
the liter bikes (r1, s1000rr, 1299s, etc.) including a 2015 nitrous cbr1000 (have videos). The car hooks really
well on the current setup in all gears as long as its above 65F; all of the power is actually usable on the street.
All the service is up to date, in the past 800 miles the injectors were checked and new O-rings put on, new TB
intake manifold extension harnesses, new yellow top 51r battery, new front Brembo pads (200 miles ago), full dealer
alignment, replaced rear coolant hoses and coolant flush, new DDS axels (400 miles ago), new IC clamps and car has
been boost leak tested. Car is flexfuel so you can mix any pump or e85 gas and it adjusts the power according to
the blend (from about 800hp on lowest pure 92 pump setting). Car idles very well, can be daily driven, everything
is sorted out.