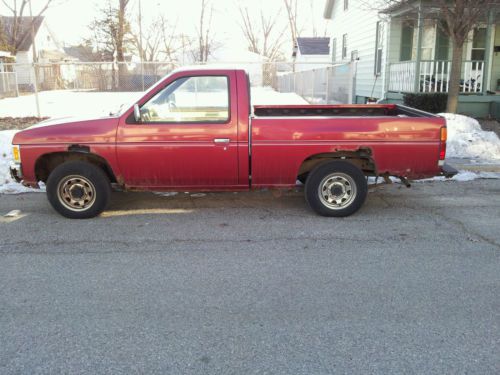 Nissan has already announced that its NV200 will be New York City's Taxi of Tomorrow, but now small businesses can also take advantage of the compact commercial van when it goes on sale this April. Unveiled at the Chicago Auto Show, the Nissan NV200 bound for North America has been stretched by almost eight inches compared to the same van that has been on sale in other global markets since 2009. The 2013 Nissan NV200 will be built in Cuernavaca, Mexico and sold at select Nissan dealerships with a starting price of $19,990 (*excluding the $845 destination charge).
At that price, the NV200 costs thousands less than lead competitors like the Ford Transit Connect and the Ram C/V Tradesman, although it does deliver less cargo volume than both as well. Despite its longer body, the NV200's 122.7 cubic feet of volume comes in just under the 129.6 cu-ft for the Ford and well under the Ram's 155.5 cu-ft cargo capacity. The split rear doors and dual side sliding side doors will give plenty of access to the NV200's cargo area, however, and Nissan says the van is wide enough to accommodate a standard pallet.
The NV200 was designed as much to be a mobile office as it is a hauler, so Nissan made the cabin as such. The passenger seat back can fold down creating a flat space for a laptop, and the center console has been specifically designed for hanging file folders. The base NV200S includes power windows, a two-speaker AM/FM/CD audio system and a 12-volt power outlet, while the NV200 SV (starting at $20,980) adds features such as cruise control, six floor-mounted cargo tie downs, power mirrors and door locks and remote keyless entry. Options include the $950 Technology Package (available on SV only and adds navigation, backup camera and satellite radio), $250 for Bluetooth and $190 for glass added to the rear cargo doors.