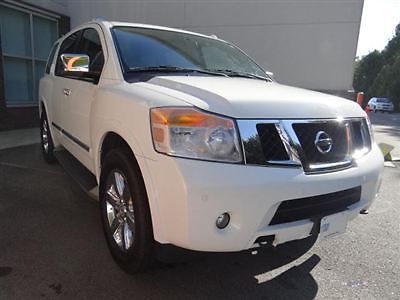 Except for the limited-production, Toyota-assisted Altima Hybrid, Nissan has pretty much shied away from hybrid vehicles, but that is all about to change. As a part of a plan to launch a total of 15 electrified vehicles by 2016, Nissan is launching the Pathfinder Hybrid, which goes on sale this fall, and we've heard in the past that the Altima will get another hybrid variant, as well. Now, Green Car Reports is confirming that the Murano and the smaller Rogue (seen above in next-gen prototype phase) will both receive hybrid powertrains.
Though riding on different platforms, both hybrid crossovers could share the system being introduced in the Pathfinder, consisting of a 2.5-liter supercharged four-cylinder engine, a 22-horsepower electric motor and a lithium-ion battery pack. There is still no word on when the next-gen Murano will arrive, but the 2014 Nissan Rogue will be introduced on September 10.

Scratching All The Right Itches
Say what you will about the unconventional aesthetics that Nissan employed on the company's Juke. I love the thing. The universe has no shortage of ambiguously styled CUVs, and while I can't exactly say I would have turned to the amphibian world for design inspiration had it been me with the charcoal in my hand, I can certainly appreciate the fact that the Juke isn't just another box-on-box design.
And then there's that engine. The turbocharged 1.6-liter four-cylinder under the hood is one of the best powerplants in the company's toy box, offering plenty of low-range torque and comical levels of thrust. Hell, it even makes the optional continuously variable transmission tolerable. Praise be to the deities of forced induction. But something has always been missing from the mix. From the first moment I got my hands on the Juke, I couldn't help but think how much better the machine would be if Nissan ditched an inch or two of ground clearance and sharpened up its suspension. Think more "hot hatch" and less "Kermit goes to Kroger."