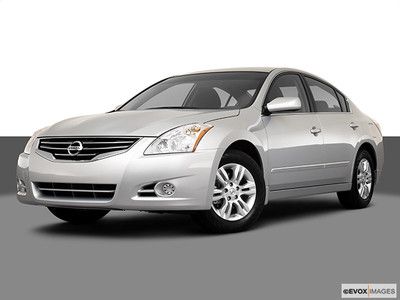 I have this car for 2 year my wife drive the car and i got this car with 2,970 mls Two years ego  the car was hit in right front in top, only the hood and front lights and cover bumper not chasis , the car have good tires and rims, some scrachs in paint  and rear bumper, have a new trasmiision filter and oil, and good maintance. the dealer fix some electric parts and some damage i Paid like $4,500 to theNissan  dealer, i only have one key . inside clean not smoke not pets.

Nissan has added the 2013 Titan to the list of vehicles recalled over potential gearshift issues. Just a few days ago, the automaker recalled nearly 20,000 NV Vans for a problem with the shift lever assembly that could cause the gear selector to read inaccurately. Now Nissan is recalling certain 2013 Titan pickup trucks manufactured between December 17, 2012 and February 20, 2013 and equipped with column-mounted shift levers, though for a different fault. The pickups were built using certain chemicals that could cause the brake-shift interlock mechanism to fail over time. If that happens, the truck could be shifted out of Park without the driver's foot on the brake.
As a result, the truck could roll away and cause an accident or injury. Nissan says it will remedy the fault free of charge. Owners can expect to be notified once the campaign begins on or around April 8. You can read the full National Highway Traffic Safety Administration notice below for more information.