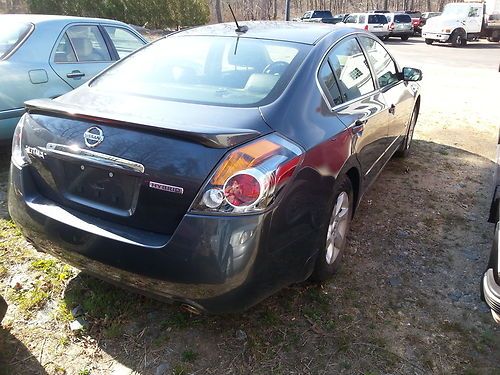 Condition: Used: A vehicle is considered used if it has been registered and issued a title. Used vehicles have had at least one previous owner. The condition of the exterior, interior and engine can vary depending on the vehicle's history. See the seller's listing for full details and description of any imperfections. ...
Please Read Entire Ad Carefully!!!
If you do not want the car then DO NOT BID.  We have limited space and need this car gone.  This car has a clean title and clean CarFax.  CarFax does show a minor Accident.  If the deposit is not received within 24hrs of the end of the auction I will re-list it.  Please remember that the deposit is non refundable.
You are looking  2009 Nissan Altima hybrid.  This car is a flood car.  The Altima had  37,399 miles on it before it was flooded.  I have never attempted to start it.  The electronics need to be cleaned up and checked before you attempt to start it.  It will need a good cleaning too.  The body is in great shape and the interior after a clean will be nice too.  This car ran great before and can run great again.  This Altima is loaded it has leather and Roof among other options.
This car is being sold AS-IS and will need to be towed out.  They are available to be seen, but under no circumstance will we try to start it for you. We have a clean NJ title.

Except for the limited-production, Toyota-assisted Altima Hybrid, Nissan has pretty much shied away from hybrid vehicles, but that is all about to change. As a part of a plan to launch a total of 15 electrified vehicles by 2016, Nissan is launching the Pathfinder Hybrid, which goes on sale this fall, and we've heard in the past that the Altima will get another hybrid variant, as well. Now, Green Car Reports is confirming that the Murano and the smaller Rogue (seen above in next-gen prototype phase) will both receive hybrid powertrains.
Though riding on different platforms, both hybrid crossovers could share the system being introduced in the Pathfinder, consisting of a 2.5-liter supercharged four-cylinder engine, a 22-horsepower electric motor and a lithium-ion battery pack. There is still no word on when the next-gen Murano will arrive, but the 2014 Nissan Rogue will be introduced on September 10.