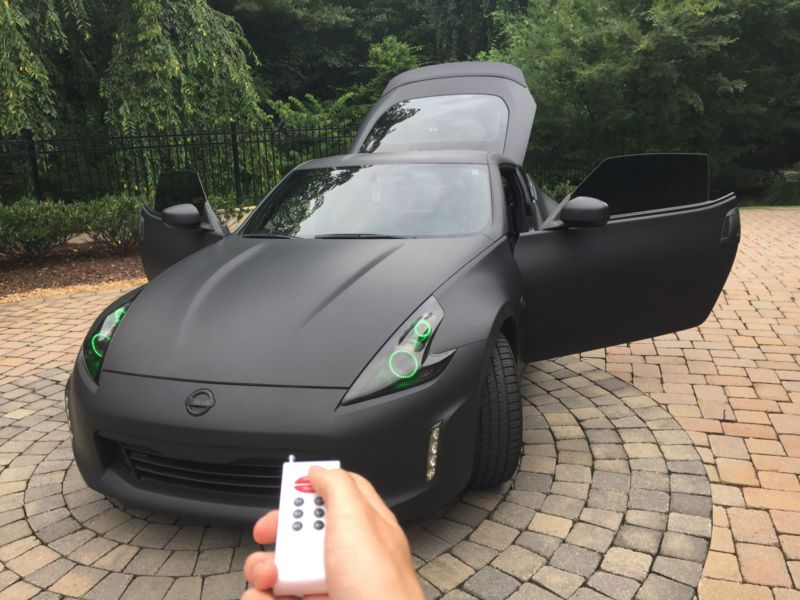 Matte Black Vinyl Wrap, Borla
Exhaust System, Custom Oracle LED color changing Halo Headlights (wide range of colors, remote included), Escort
Passport 9500ci Radar / Laser System, and a 10' Alpine Subwoofer with custom box. We have also added window tint,
smoked head and tail lights, and carbon fiber wrapped logos to complete the look. All of these features make for a
total just short of $50,000 put into the car, but it can be yours for a much more affordable price! Don't miss out
on this rare opportunity to get a truly one of a kind vehicle!