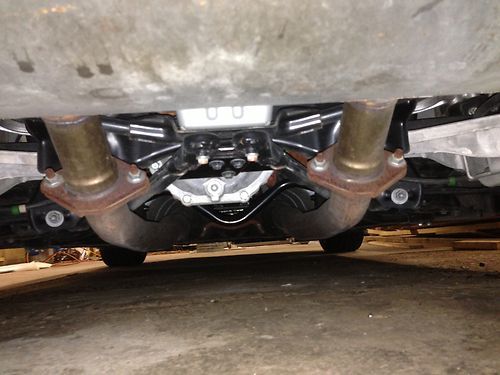 Condition: UsedA vehicle is considered used if it has been registered and issued a title. Used vehicles have had at least one previous owner. The condition of the exterior, interior and engine can vary depending on the vehicle's history. See the seller's listing for full details and description of any imperfections.Seller Notes:"This car has only 10000 miles. A few very small paint chips but other than that everything is in perfect condition. This car has been garage kept ever since I bought it new and it has never seen snow, or even temperatures below 40. Interior is perfect. Car looks and feels brand new. This car has also been surviced well before suggested survice intervals every time by the dealer I bought it from. Brand new tires."

This is a magnetic black 2011 Nissan 370z Sport package with 10065 miles on it. I am the one and only owner of this car. I bought it new at Serefini Nissan in Vestal, NY, which is where all of its service work has been done. I had this car for about 2.5 summers ( which is the only time I have drive it. Each summer it has been serviced twice. I can probably round up paper work to show this. So this car has always been serviced well before its suggested service intervals. I also purchased brand new tires for this car at the beginning of this summer. If there are any questions about the car or sale of the car you can email me at zhotaling1@gmail.com.

Nissan is showing two very different sides of its new Pulsar five-door hatchback (on the right) at the 2014 Paris Motor Show. On one hand you get to see the standard version hoping to take the fight to popular European models like the Volkswagen Golf and Ford Focus, but also on the stage is our first glimpse at the Pulsar Nismo Concept (above) that demonstrates the vehicle's more devilish side.
The standard Pulsar is hoping to make a dent in the Euro C-segment ranks. It rides on the same platform as the Nissan Qashqai crossover and is actually about 2.4-inches longer than the Golf. Power comes from a trio of choices. There are 1.2-liter and 1.6-liter turbocharged gasoline engines with 113 horsepower and 187 hp, respectively, and a 1.5-liter diesel with 108 hp. CVTs are offered with them all. The Pulsar is also available with a variety of safety tech, including forward emergency braking, lane departure warning and blind spot monitoring.
However, the real excitement comes from the new Nismo Concept. Nissan is clear that it's "only a design study at this stage," but the sporty hatch imagines a flagship for the Pulsar range. It gets the full suite of Nismo goodies with a suspension dropped to the floor and sharper steering. The exterior also benefits from big air intakes in the front bumper, a rear diffuser with central exhausts, flared fenders and carbon fiber trim pieces. The whole thing is finished in satin gray with the division's traditional red trim. The interior has the same motif with race seats and a three-spoke steering wheel.