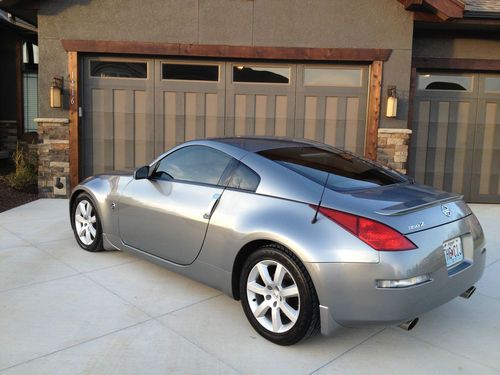 Condition: Body is in pristine condition. There are no dents or dings; no mechanical problems and has never been smoked inside.

Features: Aerodynamics Package; Floor Mats; Splash guards (4); Cargo Convenience Pkg; Aluminum kick plate; and carpeted trunk mat are manufacturers options added on
History:  Original owner - purchased the vehicle @ O'Neill Automotive 7911 Metcalf Ave, Overland Park, KS  66204 (neighboring suburb) purchased new in 2004
Shipping and payment:  prefer buyer pick up; if buyer chooses to ship, it is at the buyers expense and only after full funds have been received and cleared the bank.
The seller has simply outgrown the sports car phase. Car has always been garaged and had regular, consistent oil changes and maintenance.
BUY THIS ONE WITH COMPLETE CONFIDENCE!