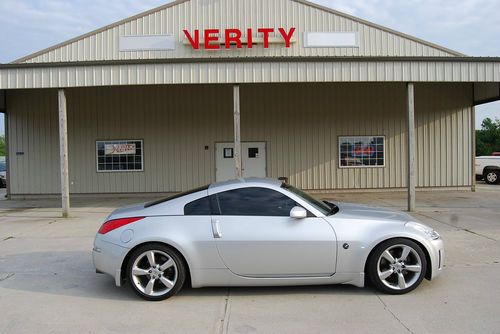 Condition: UsedA vehicle is considered used if it has been registered and issued a title. Used vehicles have had at least one previous owner. The condition of the exterior, interior and engine can vary depending on the vehicle's history. See the seller's listing for full details and description of any imperfections.Seller Notes:"Great condition inside and out, no rust, dents,scratches, ect..Interior has no stains, and the interior shows no signs of wear."

SUPER FUN TO DRIVE CAR. CUSTOM EXHAUST.  THIS THING IS SUPER CLEAN AND HANDLES LIKE A DREAM. VERY WELL TAKEN CARE OF AND LOW MILEAGE. POWER EVERYTHING. HERE AT VERITY AUTO WE HAVE LENDERS FOR ALL TYPES OF CREDIT. STOP BY AND DRIVE THIS TODAY YOU WILL BE GLAD YOU DID.