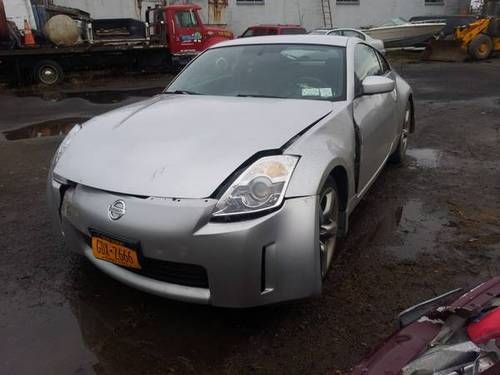 I got into a car accident and selling my car. has 46k. has a salvage title. hit a deer and ended up in the ditch. 6 spd. driver airbag blew. no rear frame damage. most of the damage is just body panels. radiator support needs to be changed as it is plastic. runs and drives. text 607-372-0113