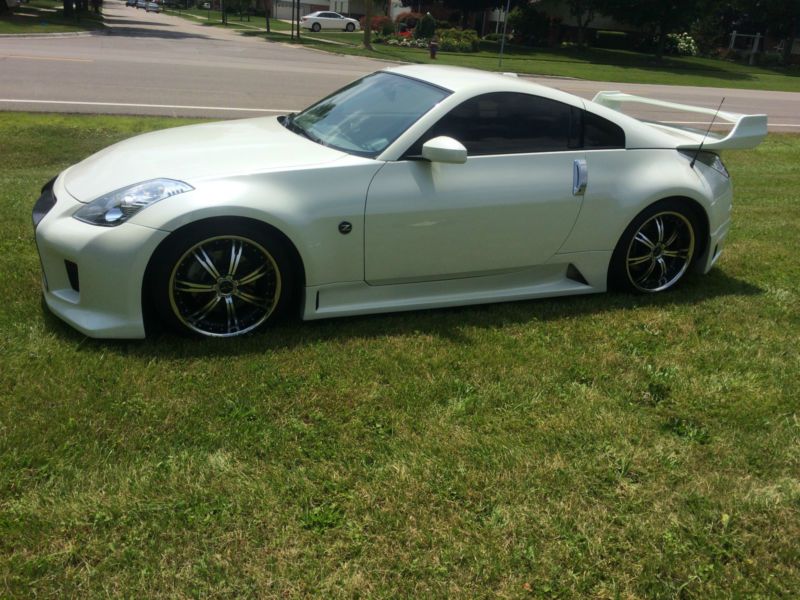 Breathtaking 2007 Nissan 350Z Touring with very low miles and meticulously maintained has never experienced winter
and rarely even rain. The underside of the car is nearly as clean as the exterior. The Webber Sports Body Kit with
real carbon fiber, and the Veilside rep rear Spoiler, along with the Avarus Wheels make this an unbelievable head
turner. The engine is stock with the addition of the Nismo Cold Air Intakes, drives beautifully with the
6 speed close ratio manual transmission. And the Nismo Exhaust sounds amazing. The leather interior is in excellent
condition. This car attracts way more attention than my Porsche 911 4S for a fraction of the price. Typical
reaction to this car is "Wow, what is
that, its absolutely beautiful".
Mileage may increase slightly
I also have the original exhaust, bumpers, side skirts, all in excellent condition that are
available to purchase at an additional price if you have any interest.
2007 Nissan 350Z Touring Coupe
22,550 miles
Clean Auto Check & CarFax
Webber Sports Body Kit with Carbon Fiber
Veilside Rep Spoiler
Avarus AV Wheels, 19 in , excellent condition, no wheel rash / good tire tread
Nismo Exhaust - Sounds Amazing
Nismo Cold Air Intakes
Bose Satellite Radio
Side & Curtain Airbags
Pearl White with Light Grey Leather, Heated Power Seats
6 Speed Close Ratio Manual Transmission