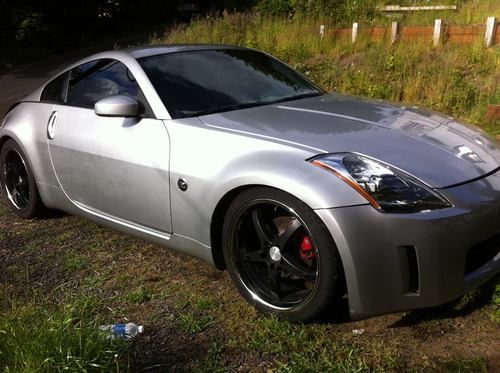 2003 NISSAN 350Z RUNS AND DRIVES GREAT. COLD AC, 6 SPEED, CD PLAYER. GOOD TIRES, PURCHASED AT AN INSURANCE AUCTION, ALL RECEIPTS FOR REPAIRS INCLUDED. RUNS GREAT!  SILVER WITH GRAY INTERIOR, BLACK & CHROME WHEELS AND LOOKS GOOD.  CAN NOT BE TITLED IN OREGON BUT CAN BE TITLED IN OTHER STATES.