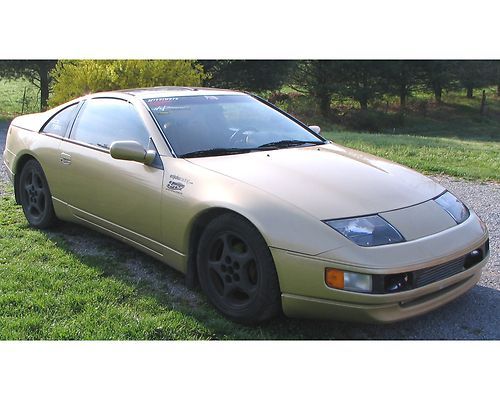 up for sale in my 1990 nissan 300zx twin-turbo. the car runs and drives great. it does need some t.l.c. I have over $8,500.00 in this car to date,my loss is your gain. I have to sell it quickly because i"m getting married and we want our own place. the mods are: j-spec vg30dett engine from japan, upgraded garrett gt28 turbos (2), z1 motorsports aluminum onw-piece driveshaft,f1 racing stage 3 racing clutch. dual hks hi power 3.5inch exhaust,isis digital boost controller, apexi turbo timer,tein lowering springs, nissan 350z seats,hks intercooler piping, cx racing intercooler,mishimoto radiator, tokico clutch master cylinder,dorman clutch slave cylinder, new rear main seal,z1 brass shifter bushings,z1 motorsports ecu & tune. probably more i"m forgetting,basically the car is fully built and race ready. i had planned to dyno-tune and paint but now i need to sell.the new motor has 14,000 miles the body has 144,000 on it no rust and a few minor dings.call,text or email jay at three04-2seven9-two633.

okay guys, i have received numerous questions about the car so let me give a bit more info.