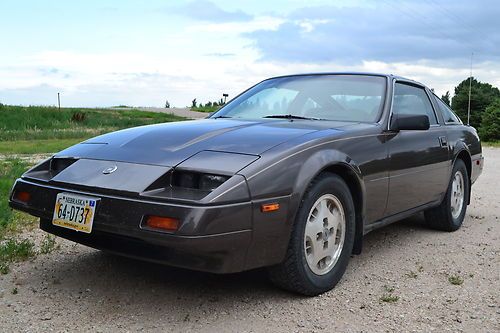 Condition: UsedA vehicle is considered used if it has been registered and issued a title. Used vehicles have had at least one previous owner. The condition of the exterior, interior and engine can vary depending on the vehicle's history. See the seller's listing for full details and description of any imperfections.Seller Notes:"Outside is in decent shape. The body is fair and the paint still looks nice. The interior is fair with some normal wear. The drivers side arm rest is rough but the rest of the interior looks decent."

This Nissan is a nice daily driver. I bought this car from the second owner two years ago. It has 90,967 actual miles on it and I have a clear actual mileage Nebraska title for it. I have put a new alternator, turn signal switch, and a new battery within the last 4 months. The paint is not perfect but in very decent shape. The windshield was new last summer but has already caught a rock and has a crack in it. The dash has an aftermarket cap on it and still looks pretty decent but has a small crack in it as you can see from the picture. I also have another complete set of wheels just like the ones on it that will go to the winner.

My wife has been driving this car to work and really enjoys it, but we have a child and one more on the way so a two seater isn't practical anymore.This car is very reliable but sputters a little bit until it warms up. Because of its age this car will be sold as is.
I will require a $500 deposit through PayPal within 24 hours of auction's close and the rest in cash or certified check. Buyer is responsible for shipping arrangements. I will arrange details with winner. Thank you for looking and good luck!