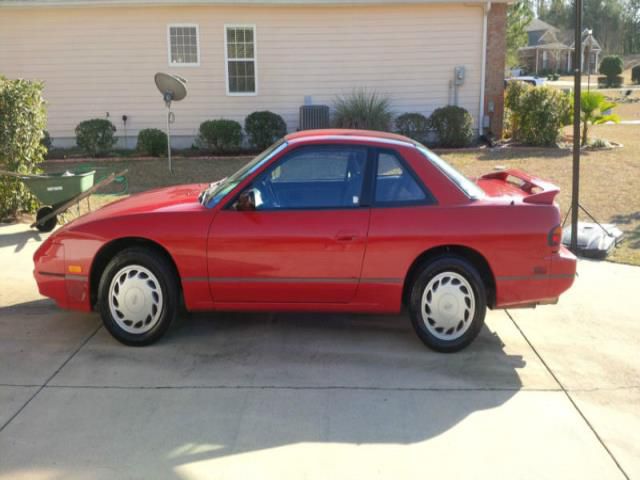 1993 Nissan 240sx Coupe, it has 240,000 miles on odometer. I purchased this car as a 1 owner vehicle about a month ago from the Nissan dealership that I work for in Tallahassee. It is original paint, with very few blemishes on exterior, except for the left front fender which my wife backed into in our driveway ( I will show a before and after picture), and a dent on the RH headlight cover which was there when I bought it. It also has some paint peel at the lower section of the front bumper on either side.