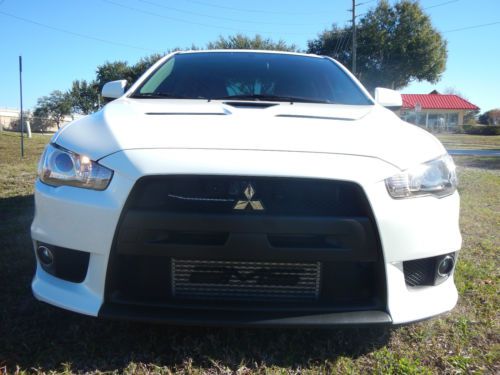 It's not terribly often that we have news to report coming out ahead of the Minneapolis Auto Show. We say that not to disparage the Twin Cities, which are lovely, but new product reveals are few and far between for the show. This year, however, it seems that event will play host to the debut of a rather special limited edition Mitsubishi Lancer Evolution X. Though not coming directly from the Mitsu factory, we think the 311RS shows loads of potential for Evo fanatics.
The 311RS is the brainchild of circuit racer Ryan Gates, who has apparently spent the last three years developing what he believes is an Evo perfect for both racing and road driving. Starting life as a bog-standard Evo X, the Gates team has swapped out the factory intake, intercooler and exhaust system for more potent AMS pieces; resulting in output figures of 353 horsepower and nearly 359 pound-feet of torque. A new suspension from JRZ, brakes from Girodisc and 18-inch custom Rays wheels shod with high-performance Nitto tires represent significant updates to the underpinnings, as well.
Of course, the 311RS is also rocking a full body kit, too, with a more aggressive front air dam and a subtle lip added on to the stock rear wing. The blue and white racing livery, with matching blue wheels, looks racy without being too childish, we think.