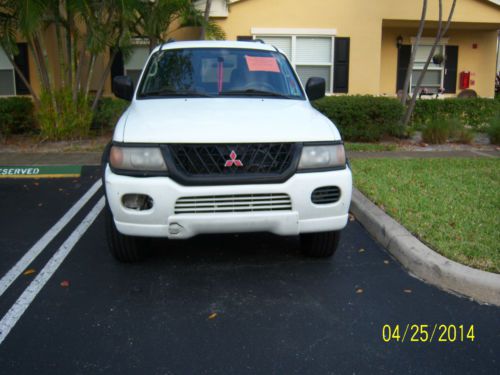 In desperate need of some competitive new products, Mitsubishi showed up at the Tokyo Motor Show with three concept vehicles. The most important of them might just be this fullsize Concept GC-PHEV (Grand Cruiser). With its full-time four-wheel-drive system and roughly the right package size, we can only hope it hints at a future design for the Pajero/Montero.
Longer, taller and wider than the current Pajero (which is still offered in other markets), the Concept GC-PHEV is a big SUV with a fuel-efficient plug-in hybrid powertrain. A 335-horsepower, 3.0-liter supercharged V6 and an eight-speed automatic transmission are paired with a 94-hp electric motor and high-capacity battery to provide some serious brawn in a green wrapper. The result is targeted fuel consumption of 15 kilometers/liter on the Japanese cycle (around 35 miles per gallon) to go with an all-electric driving range of more than 25 miles.
Mitsubishi's styling team has arguably done a much better job with this Tokyo trio than we've seen from recent new products like the Outlander and Mirage, possibly suggesting a future design language for the automaker. In true concept car fashion, the design is Concept GC-PHEV is over the top, but it's not hard to imagine a vehicle of this size with similar cues gracing the Mitsubishi lineup at some point in the near future. Likewise, while the concept's interior only seats four, the sheer size of this vehicle could easily allow three rows of seats for a production model.