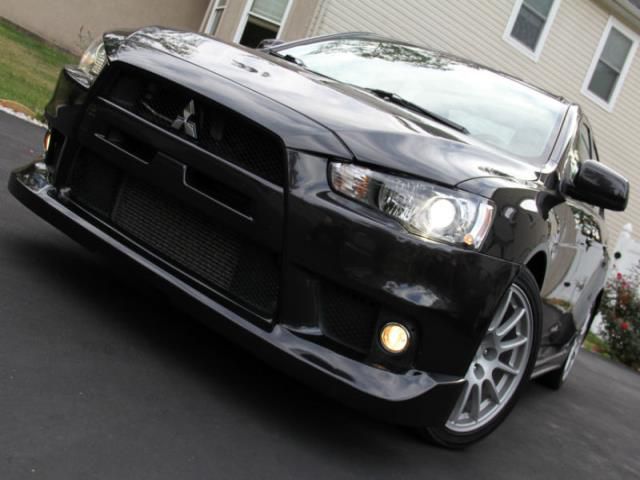 Greetings, I have decided that for the right price, I am willing to part with my beloved EVO. Clean title on hand. All stock except for turbo back exhaust. The down pipe from the turbo is made by Turbo XS. The rest I don't know really know, but sounds AWESOME and brakes necks. Brand new clutch, throw-out bearing, pressure plate, flywheel, transfer case output shaft seal and side ring, rear dif. oil change, transfer case oil change, transmission oil change, end of course engine oil change. ALL FACTORY MITSUBISHI PARTS. OVER $2000 NOT INCLUDING LABOR. PLUS********** NEW AYC/ACD PUMP. $1200. AYC PUMP WAS PROFESSIONALLY AND METICULOUSLY BLED WITH A COMPUTER. ALL THESE PARTS HAVE JUST RECENTLY BEEN CHANGED. SO ALL THE THINGS ARE ALREADY DONE AND YOU WONT HAVE TO WORRY ABOUT IT. ALL DOCUMENTATIONS AND PICTURES ARE AVAILABLE FOR PROOF. I AM WILLING TO THROW THE CAR ON LIFT AND SHOW YOU. However I am not letting it go so quickly. I do really like this car, but I have a different car I am more involved in. EVO has new tires I recently installed which are Kumho Platinums grand touring all season. Rims have some curb rashes. Paint is excellent. Body is excellent. No leaks at all! Headlights like brand new. Interior in excellent shape. Driver floor mat is kind of beat up. Undercarriage is clean. Brakes are very good all the way around. Engine is very strong. Runs excellent. Very smooth. Transmission shifts no problem. Every gear shifts like butter. However, when you run the car at higher RPM, shifting from 3rd to 4th is kind of notchy. Front lip (bottom bumper spolier) is BRAND NEW, hence NO bottom driveway scrapes. I do drive this car daily, so the miles are going to go up a little bit. If any more question, please call me at 267 471 7720. If you are wondering why I am selling the car, it's not because I want to, it is because I have to. If I had enough $ or won the lottery you wouldn't be reading this right now. I have another car and I had to make a tough decision in which one stays. I have a family to support also and not enough $ to keep 2 cars. My heart and passion is with the other car all though I do have a lot of love for the EVO. And no, for as long as I owned it, I NEVER BEAT ON IT. Yes, it is an EVO and on the highway I would press the gas pedal a little further than it should, but I never did no dumb stuff or hurt the car in anyway. Thanks!

Struggling automaker Mitsubishi seems adamant that it will soldier on across the globe. Just last week, we told you how the brand would begin selling a pair of rebadged, Korean-built, Renault-Samsung sedans in the US market, and now comes an official statement from Mitsubishi about a mid-term business plan called "New Stage 2016."
As part of the plan, a number of products not sold in the US, like the Triton pickup, Pajero Sport SUV and Delica D:5 will be new or significantly updated, while we'll be seeing a second-generation Outlander Sport within the next few years. Some of these new or updated models may be previewed at the Tokyo Motor Show later this month. There will also be an increased focus on the brand's plug-in hybrid technology.
In fact, that technology will play a big role in Mitsubishi's revitalization, as it rolls out its own competitor to Honda's Earth Dreams and Mazda's Skyactiv technology, called @earth Technology (yes, seriously). It's unclear if @earth Technology will develop into an overarching philosophy like Mazda has done with Skyactiv, but with Mitsubishi pushing so hard with hybrids and EVs - part of its deal for those Renault-Samsung sedans was that it would develop EV tech with Nissan-Renault - if we did see an @earth Technology badge on a car, we'd wager that it'd be powered, to some degree, by electricity.