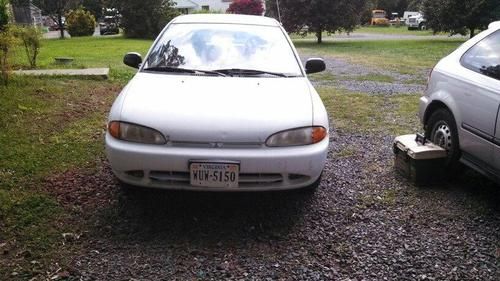 Body isn't in the best of shape.  there is a little!!! rust over back right wheel, paint is slightly chipping on rear pumper and there is a dent in side from where my buddy ran a car trailer in the side of it between door and left rear wheel.