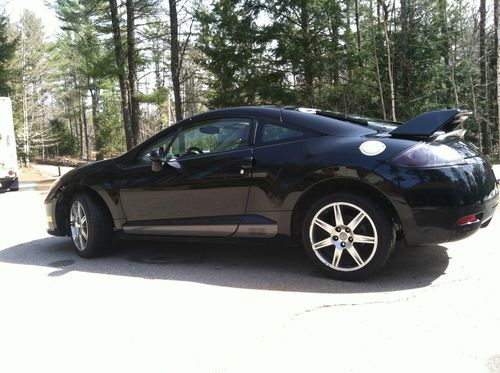 For sale is a black 2008 Mitsubishi Eclipse SE with 39,763 miles on it. It comes standard with a 3.8 Liter V6 Manual 6 Speed Transmission. It also has a Rockford Fosgate Sound System including a subwoofer and amplifier. A small area on the left rear view mirror has a small amount of black paint chipped off. I have owned this car for 2 years and bought it in NY. I love this car, its fast and definitely an eye turner! LOTS of Compliments!! I am selling this because I have purchased a pickup truck.