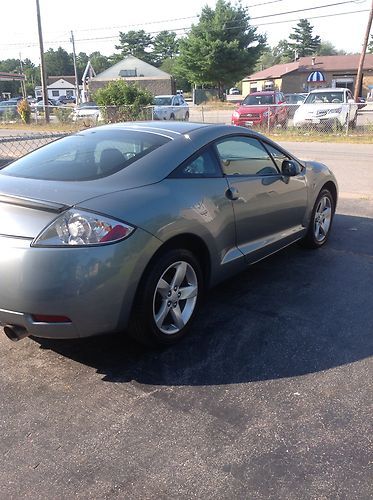 Condition: UsedA vehicle is considered used if it has been registered and issued a title. Used vehicles have had at least one previous owner. The condition of the exterior, interior and engine can vary depending on the vehicle's history. See the seller's listing for full details and description of any imperfections.Seller Notes:"Check engine light is on for 02's and TPM light is on. Normal wear and tear."
2008 Mitsubishi Eclipse GS 2.4liter MIVEC motor with automatic tronicith transmission. Tires are 85% tread only have around 6500 miles on them. Just had timing belt and water pump replaced with in 300 miles ago.  Runs and drives great, cold ac! All window radio ect works as it should. It does have a check engine light on for two oxygen sensors (codes p0421 & p0431 ).  Also the TPM light is on. The rear drives senors is missing and replaced with a regular valve stem. There are a few minor cigarette burns (see pictures). Car is sold as is where is.
Car is for sale locally and i reserve the right to end the auction