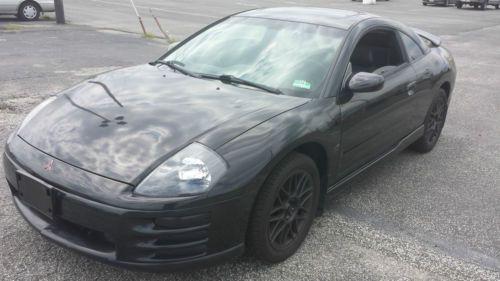 Back in March, production of both the Mitsubishi Outlander plug-in hybrid and the all-electric i-MiEV ground to a halt over a pair of incidents where overheated lithium-ion batteries caused vehicle fires. Following the rocky start, The Japan Times is reporting that production of the Outlander PHEV has recommenced following the five-month stoppage.
The battery fires were tracked down to a supplier issue before more than 4,300 vehicles were recalled in June, but Mitsubishi received heavy criticism from the Japanese government for the delayed recall. According to the report, though, that hasn't slow down enthusiasm for the plug-in crossover - Mitsubishi has received close to 18,000 for the Outlander PHEV. To keep up with demand, the automaker is planning to double production to 4,000 units a month.

Quick Corners And Long Goodbyes
Editor's Note: While driving the Mitsubishi Evolution in the slush and snow of a Michigan winter is a fine enterprise, photographing it in such conditions is usually not fruitful. That's why you'll notice a slight disparity between our wintry text and sunny, California-based photographs of the subject car. Rest assured, both the review vehicle and the photo car are of the same basic Evo GSR flavor.
It was a dreary, gray, barely sufferable winter morning in Ann Arbor, MI. Temperatures hovering just over 30 degrees allowed for snow or rain or some combination thereof at a moment's notice, and the thickly clouded sky hinted at dark secrets while promising nothing. I've never been a rally driver but I couldn't help but feel that this murky, imprecise day was good winter rally weather. I'll admit: I don't usually wake up and look out the window to judge which kind of racing would be best just then, but the Mitsubishi Lancer Evolution X GSR delivered to my house the day before was coloring the mood of the hour; most of my thoughts ran to where I was going to drive it, when, and how fast.