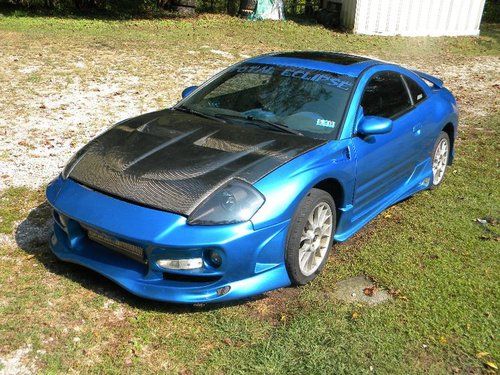 2000 ECLIPSE GT TURBO V6 every thing in ,on / and about this car has been customized. i had the inside done in carbon fiber,carbon fiber tail lights,clear front and rear turn signal and marker lights,black halo and projector headlights with 8,000 HID kit,carbon fiber hood,bomex full body kit bullet front fender,17 inch after market wheels,bigger injectors, bigger feul pump, full turbo kit with front mount intercooler,APEXI neo computer, and speedway blue metallic paint.. i have driven this car from WV to FL, very reliable i just dont need it any more this car can be a daily driver or race ready and show ready