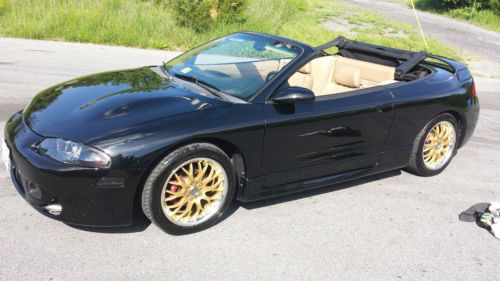 The 2014 Mitsubishi Outlander wears the new face previewed at the Geneva Motor Show earlier this year, and adds a host of features on top of its seven standard chairs. Ditching the shark-nosed Lancer-inspired front has reduced drag, increased use of high-tensile steel means a 200-pound weight loss and the reworked 2.4-liter four-cylinder paired a CVT will all result in what Mitsubishi says is one of the most fuel-efficient vehicles in the seven-passenger segment. Looks-wise, around the rest of the vehicle come sharper sculpting and more character lines.
Reaching higher inside, the IP is now soft-touch, and a heavily restyled interior with woodgrain accents is more somber, but more elegant. Mod-cons have gone up a step, too: the 2014 Outlander getting a next-generation nav system, a power tailgate that can be opened from the driver's seat and safety tech like Lane Departure Warning.
There's a press release below with more info, and high-res shots from the LA Auto Show floor above.