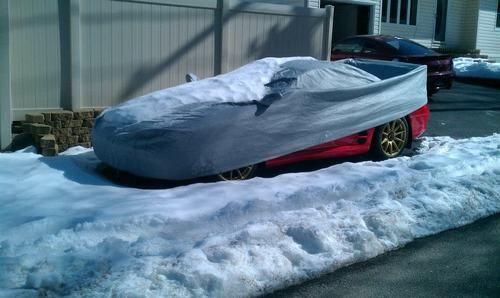 Mitsubishi's current Outlander Sport has done a yeoman's job since it came on the market for the 2011 model year. The affordable crossover has been one of the few bright spots in the perennially troubled automaker's lineup - it's the brand's best seller in the US and sales are up nearly 40 percent this year. The subcompact CUV has become an increasingly important part of the Mitsubishi lineup, which is why you should pay attention to this XR-PHEV Concept - it's said to presage the next-generation model.
Stylistically, this is a pretty bold little CUV, with a striking face framed by bold zig-zags of chrome that underline the narrow headlamps and frame the massive lower fascia. The profile has a dramatically tapered greenhouse with bold sheetmetal contours and a funky blacked-out A-pillar that emphasizes the hood's height. The rear end is no less dramatic, with dual-pane rear tailgate with a particularly fast rake.
As shown here, the XR-PHEV (pronounced "Cross Runner") is a four-seat CUV that motivates its front wheels through a turbocharged 1.1-liter, three-cylinder engine with 134 horsepower paired with a 120-kW electric motor. In pure-electric mode, the 14-kWh battery is said to be good for 52 miles of cruising range and the combined fuel economy bogey is 66 miles per gallon on Japan's lenient testing cycle.