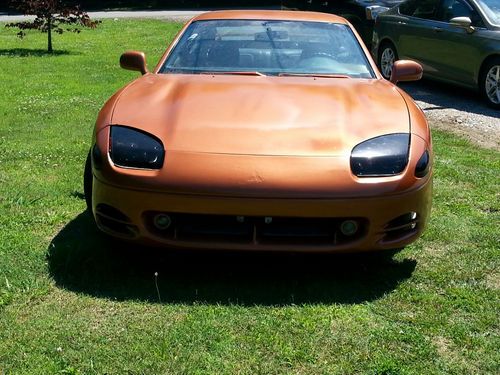 I painted the car myself first time so its not perfect but still looks good its fresh paint and I haven't buffed or waxed the orange peel out yet. has brand new brakes brake lines and calipers up front. new radiator tranny and oil change not even 10 miles ago. painted valve cover and timing belt cover to match the car. Projector headlights blacked out along with the taillights (state legal). has aftermarket cd player wired up for big system in trunk. needs rear speakers. the passenger side window does not roll down and the ac is not as cold as I think it should but is still nice. clean and clear title in hand. has dual twin chrome exhaust. plasti dipped door jambs for easy cleaning. you can rub off if you want to. matte black engine bay. has all the basic amenties for the year and yes it is the base model. any questions feel free to ask. I do have the car up for sale locally so I do have the right to end auction and will notifty highest bidder within 24 hrs of sale.