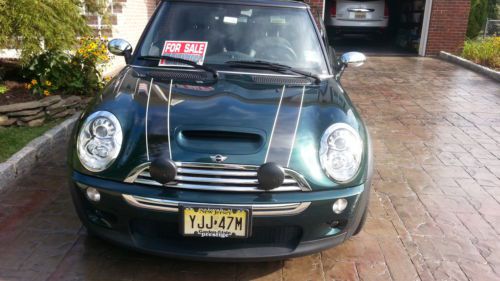 All it takes is a small spark to set off a fire. Just look at what has happened since BMW brought back the Mini in the early 2000s. What started with a hatchback has since spawned more bodystyles than we care to count and almost as many imitators. The second generation followed in 2007, and now Mini is preparing to launch the third.
The new Mini is scheduled to debut a week from now on November 18 at the Oxford plant in England, just days before the LA Auto Show and Tokyo Motor Show kick off and on the birthday of the original's designer Sir Alec Issigonis.
The third generation of the popular retro hatchback is expected to closely follow the lead set by the Mini Vision concept revealed a few months ago, but then we already knew that, having seen numerous undisguised photos of the new car in action. Still, the half-minute teaser video embedded below does a decent job of drumming up some enthusiasm, so if you're enamored of the Anglo-Saxon retromobile, head on down to check it out.