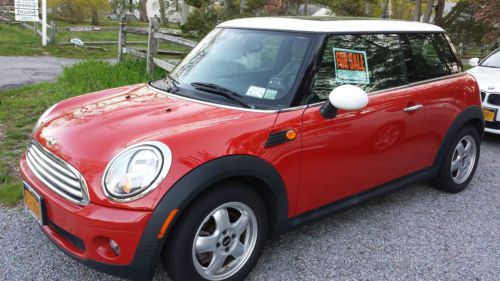 When Mini introduced the Countryman in 2010, it emerged as the brand's first crossover, its first five-door model and its first to offer all-wheel drive. It also arrived mid-lifecycle in the last generation of Mini Cooper hatchback, with which it shares little more than a passing family resemblance. Now that the Anglo-Saxon automaker is moving on to its third generation of retro hatch, it's given the Countryman a bit of a refresh to keep it current.
Unveiled today at the New York Auto Show, the new Countryman incorporates some very minor cosmetic tweaks to the exterior - so minor, in fact, that you'd be hard pressed to tell one from the other even if viewed side by side. Some subtle enhancements have been implemented to the interior as well, where the large central speedometer remains where it was in the middle of the dashboard (unlike the new Cooper hatch that moves it to where you'd normally find the instrument cluster, behind the steering wheel). The rear seats, however, offer more adjustability.
Mini will offer the new Countryman worldwide in an array of powertrain configurations, ranging from the bare-bones Mini One Countryman with a 1.6-liter naturally-aspirated four offering just 98 horsepower all the way up to the twin-turbo John Cooper Works with 218 hp - North American customers will get the latter, but not the former. The mid-range Cooper S has been enhanced by seven horses to deliver 190 hp, while overseas-only diesel models range from 90 hp to 143. Buyers will be able to choose between a six-speed manual or automatic and front-or all-wheel drive. There are also some new colors on offer and a host of optional equipment, all of which you can read about in the press release below.

Location, Location, Location
Back in February, Mini invited me to come try out its brand-new Paceman coupe-crossover-hatchback thing in Puerto Rico, and not long after, I spit out a Quick Spin detailing my impressions of the little-big two-door. But here's what I didn't tell you: Mini also let me loose on those fine, curvaceous, tropical roads in its hottest hatch, the John Cooper Works GP. And while that behind-the-wheel gigglefest would have no doubt made for a story laden with positive notes and warm regards, the truth is, I only drove it for 15 minutes, so I couldn't in good conscience offer much of a story to you. (European Editor Matt Davis also got a short stint behind the wheel of the GP late last year.)
So for the sake of due diligence, I buckled down and spent a full eight days with the JCW GP back home in Detroit, just as springtime was starting to stick here in southeast Michigan. But after my time with the Mini, I was wishing that I could have just been left with my GP memories from Puerto Rico, where I was pushing the little hotbox hard around smooth corners and flexing every one of its muscles to eke out the full JCW GP experience in only a short timeframe.