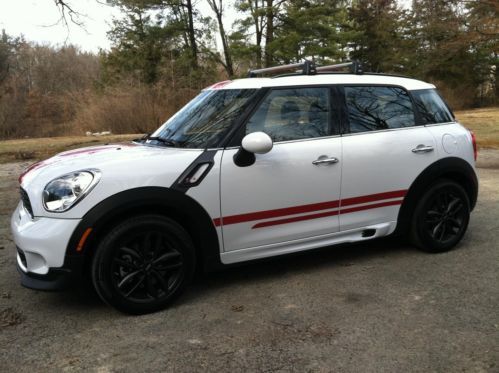 Well, that didn't last long. According to Green Car Reports, Mini has discontinued the Clubvan from its model range in the United States.
Nathalie Bauters, Mini's US communications manager, cited "relatively low demand and the effect of an excessive 25-percent tax on vehicles for commercial use (known as 'the Chicken Tax')" as the key reasons for axing the Clubman from our market, GCR reports. The 2013 Clubvan launched in the US earlier this year, and to date roughly 50 examples have been sold.
The Clubvan, based on the Clubman model, features a flat load floor behind the two front seats, with blacked-out (well, body-colored) side windows. This nifty little cargo wagon could carry up to 33 cubic feet of goods, which while useful, pales in comparison to more capacious offerings like the Ford Transit Connect van.