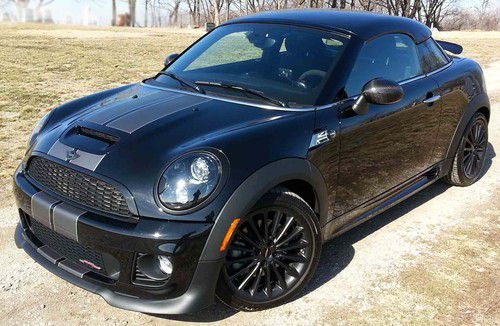 This stunning Coupe has extensive upgrades & Ive had more people ask about this car than any Ive ever owned! The new selling price was $35,500, and I've put over $7000.00 in appearance and performance upgrades.

It has been given incredible attention to detail and treated with extreme care. It has 0 scratches, door dings or blemishes. It has been driven with kid gloves for its very few driven miles. Always parked in a climate controlled garage. The care taken with it is so extensive that the oil was changed at 1000 miles to ensure clean lubrication after its break-in period.

It was ordered & then upgraded to be a one of a kind & exceptional Coupe. I had fully intended it to be the car I kept for motoring fun; however, due to a recent back injury I can no longer drive a manual trans without causing severe pain. Thus, I now unfortunately have to give it up. The car currently lives in Kansas City and has been given outstanding care from Baron BMW/MINI. Im willing to work with perspective buyers who wish to have it thoroughly evaluated by an authorized MINI dealer.