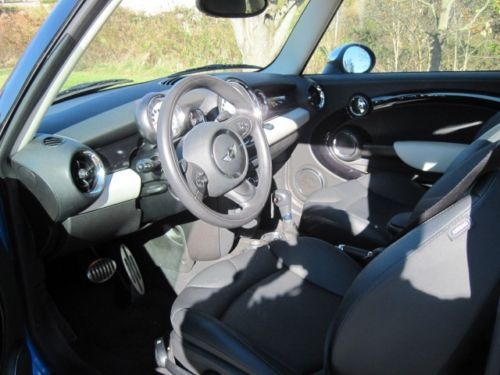 It was just a few days ago that Mini unveiled its refreshed Countryman at the New York Auto Show, and now it has followed up with the revised version of that model's coupe counterpart, the Paceman. Revealed today at the Beijing Motor Show, the new Paceman adopts all the changes applied to the new Countryman - which is to say, not a whole lot, but maybe enough to keep it current for the masses of customers in the market for a three-door version of a vehicle that's bigger than its stablemates but smaller than most other crossovers.
Pictured here in Piano Black (one of three new shades on offer alongside Midnight Grey and the Jungle Green in which the new Countryman was featured), the mildly refreshed Paceman has, like its five-door counterpart, been so subtly updated that we can scarcely tell the difference... even after sorting through the press release below. There are some minor revisions to the exterior, the cabin features slightly updated equipment, and the Cooper S gets an extra few horsepower. And that's about all she wrote, folks.
Mini will offer the updated Paceman worldwide with a wide array of four-cylinder engine options. With no budget-oriented One model, the Cooper is the base model with a 122-horsepower version of the brand's ubiquitous 1.4-liter four and the John Cooper Works sits at the top of the range with 218 hp. The two diesel specs are present as well, and buyers cam choose (on most models) between front- and All4 all-wheel drive.