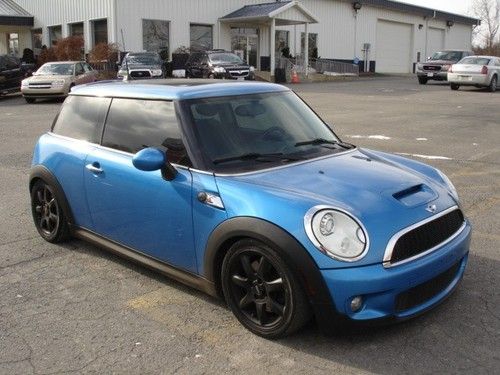 Well, that didn't last long. According to Green Car Reports, Mini has discontinued the Clubvan from its model range in the United States.
Nathalie Bauters, Mini's US communications manager, cited "relatively low demand and the effect of an excessive 25-percent tax on vehicles for commercial use (known as 'the Chicken Tax')" as the key reasons for axing the Clubman from our market, GCR reports. The 2013 Clubvan launched in the US earlier this year, and to date roughly 50 examples have been sold.
The Clubvan, based on the Clubman model, features a flat load floor behind the two front seats, with blacked-out (well, body-colored) side windows. This nifty little cargo wagon could carry up to 33 cubic feet of goods, which while useful, pales in comparison to more capacious offerings like the Ford Transit Connect van.

Nobody could argue at this point that Mini (like its parent company BMW) has not mastered the art (if you could call it that) of filling every niche with its own model. But with the third generation of Mini now upon us, some of the company's strategists are asking themselves what the point is of it all.
The outgoing second-generation Mini spawned too many variants to count. So far the new model has only surfaced in hatchback form, but the brand may roll out quite as many variants this time around. Instead it is looking at its lineup in terms of pillars.
The quintessential hatchback we've already seen would be one pillar. The Countryman crossover would be another. And the production version of the new Clubman concept which Mini displayed in Geneva would be a third. A convertible based (like the existing one and the one that came before it) on the hardtop hatchback is likely to follow, but don't expect too many other versions.