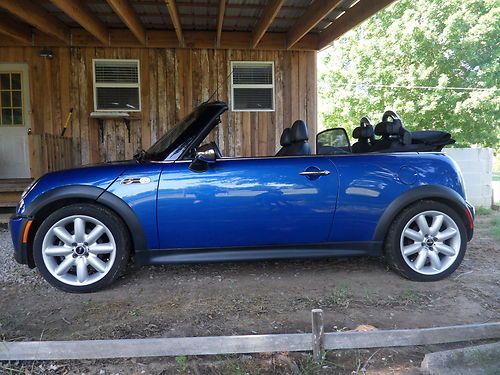 New Tires, 16" Alloy Wheels with Run-flats, Harmon Kardon stereo, Heated Front Seats, Wind Deflector with Case, Low Mileage, gets 35 MPG. Only blemish is a small scratch on front bumper (indicated in photo).
Used as a second car only driving occasionally. Selling to pay bills. All serious Inquires will be considered. Thanks for looking :)
On Jun-30-13 at 12:56:11 PDT, seller added the following information:

BMW has been offering Frozen editions of its cars for several years now highlighted by matte paint and very limited production, and now Mini is getting in on the game with Frozen Black versions of the Paceman and Countryman. Unlike our report from earlier in the week, these models will not wear the Batman-sounding Black Knight name, but instead, like the BMW models, will be dubbed Frozen Edition. That previous intel also had it that production of the Frozen Edition Minis would be limited to just 60 units. Now official, Mini has not confirmed how many - or few - of these limited edition models it would build.
The Frozen Black paint adds silicates to the lacquer finish creating a "matted impression," which sounds like it should be easier for owners to maintain and wash, although Mini still advises against waxing or polishing. This special paint will be offered on all S, Diesel and John Cooper Works versions of the Paceman and Countryman, though it's not clear as of this writing if any will be offered in the US. Mini's press release for the Frozen Black Paceman and Countryman is posted below.