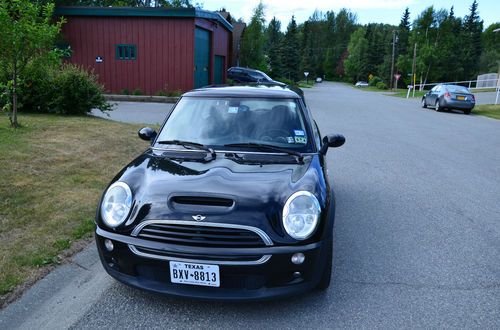 Condition: UsedA vehicle is considered used if it has been registered and issued a title. Used vehicles have had at least one previous owner. The condition of the exterior, interior and engine can vary depending on the vehicle's history. See the seller's listing for full details and description of any imperfections.Seller Notes:"Damage (shown in pictures) to passenger side rear bumper. Damage occurred at very low speed in a parking garage (backed into a pillar). Passenger window not operational. Several cracks/chips in windshield but they have been epoxy repaired by professionals. The hood has some small chips and scratches from rocks and whatnot but nothing out of the ordinary considering the number of miles."

Vehicle interior is in especially good condition for a car it's age. The performance is as speedy and responsive as ever. A very quick and agile car and loads of fun to drive. Any questions just ask. I'm happy to post additional pictures of the car as well if you feel that anything is missing. I would describe it's condition in between what kelly blue book describes as good and what it describes as fair.