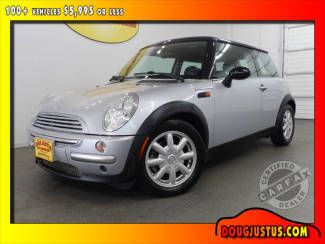 The One Mini Should Have Taken Rallying
It needs to be said: Mini using the Countryman as their World Rally Championship racer's bodystyle of choice has done them no favors on the marketing front. And that's what it's all about in motorsports these days: marketing and image. We have just driven the 2014 Mini John Cooper Works Paceman All4 through Frankfurt's surrounding rural areas, and even in thick snow where few souls dared to tread, it has singularly rekindled some faith in the John Cooper Works sub-brand - a glorious name whose credibility has been threatened by portly and somewhat pointless products like the JCW Countryman.
The JCW Paceman is a little quicker than its Countryman relative, a little lighter, hunkered down lower, and better looking. We can't say we're crazy anymore about the stock Chili Red details and black exterior they keep showing us at these launches, but that's just paint. Then there's that projected pricing of $36k-plus that puts us on the verge of yelling "¡No mas!" But the All4 system on our 215-horsepower Paceman worked extremely well when paired with a set of exceptional Pirelli Sottozero Winter 210 Serie II tires (sized 205/55 R17 91H all around). The combination of all-wheel drive and good rubber encouraged us to gradually up the average speed and enthusiasm the further we drove along.

The highlight of Mini's 2014 Detroit Auto Show stand was the arrival of the John Cooper Works Concept, a sportier version of the three-door hatch that presages the next JCW model on the new platform. Now, we have our first images of the production car undergoing winter testing way up north in Sweden.
Really, the Mini camouflage can't hide what this car is. Between the JCW-branded brake calipers and extra intakes in the front fascia, it's fairly easy to see that this is the sportier version of the car our own Jeremy Korzeniewski wrote about last week. We're expecting the JCW variant to pack a fair bit more firepower than the three-cylinder Cooper he tested, of course. Rumors have circulated that the hottest Mini model could jump to 230 horsepower, up from the current, non-GP car's 208.
There are a number of style features missing here, and while it's entirely possible we'll see things like the JCW Concept's diffuser and side gills arrive when this car is shown in production form (or even further along in testing), their absence in these spy photos is telling. We certainly think this car will become the production JCW Hardtop, but there may be another explanation. The lack of certain aesthetic features means this could be a test of the JCW Engine Kit, which in past Minis slotted in between the standard Mini Cooper S and the factory Works car. We'll admit, it's a long-shot, but there is precedent for it - the JCW Tuning Kit arrived a year before the factory model in the last-generation car. The same reasoning could be used to explain the presence of the JCW-branded brakes, which have been another well-known Mini accessory over the years.