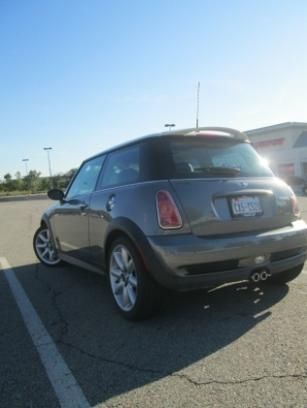 Bought this MINI in 2011 from carmax. I am the second owner and have had no problems. I recently joined the coast guard and have little need for a vehicle at my new station. This supercharged MINI Has low mileage and is very clean. Very little wear and tear. The car is in great condition and has all the specs that the sport edition has. It has a 6 speed manual transmission with cruise control and traction control for those rainy days. Both AC and the heater work in the car and also has a panoramic sun roof that covers the front and back seat of the car. Nothing is questionable in the car. everything that supposed to work works. Has all the bells and whistles. Dual sunroof with sun screen., A/C ice cold, All scheduled maintenance, Excellent condition, Fully loaded with all the goodies, Looks & drives great, Mostly highway miles, Never seen snow, Non-smoker, Very clean interior.