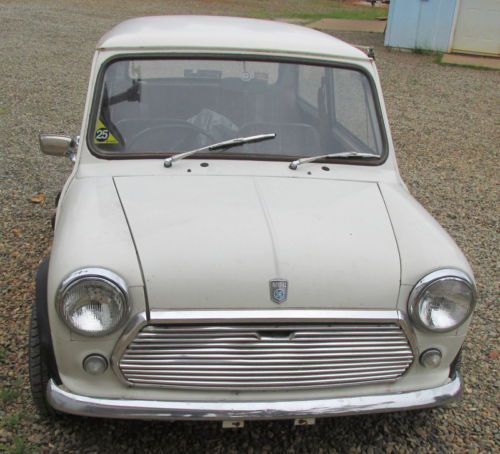 It sold over five million units. It was voted the second most influential car of the last century, bested only by the pioneering Ford Model T. It counted among its owners Steve McQueen, Enzo Ferrari and Peter Sellers. It is the classic Mini.
The tiny, two-box, four-seat hatch is an automotive icon of the first order and it's high time it featured in an episode of Petrolicious. Of course, the video gurus did it right, filming this handsome 1971 Mini, which has been modified to accommodate the 1,275-cc four-cylinder from the Mini Cooper S of the time.
Its owner, Sumner Norman, describes life with his right-hand-drive, UK-spec Mini. Naturally, he points out some of the idiosyncrasies inherent with a car built under the guise of British Leyland, including some of well known reliability woes, which he says is the car "going British." Mostly, though, he just seems to have a good time with the little hatch.