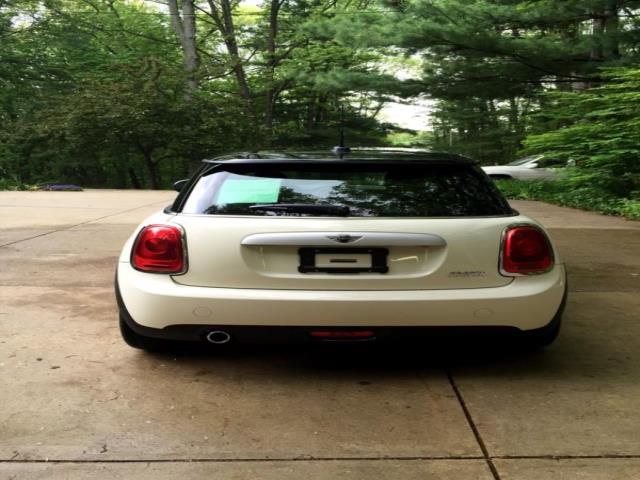 I purchased this car last week from the dealer as a birthday gift for my wife. Sadly, she does not want the car (wants to keep her old MINI). She has driven it only 300 miles. It is exactly as delivered from the dealer one week ago...essentially a NEW car. The dealer will not take it back (surprise) so we must sell it privately. This MINI is in perfect condition...looks, runs & drives great. This is a six speed manual base Cooper with the turbo motor. Gas mileage so far is 36 MPG. (Sticker says average 33). The Audio Bluetooth works great with our i Phone and hands free talking. The car has a 4 year/50000 mile warranty. The tires come with the tire pressure monitoring system, rain sensing wipers, keyless ignition, leather sport steering wheel, and onboard computer. Not much else to say about this car...it is brand new with no wear and tear. Essentially a "new" car with 379 miles...and for much less than what you would have to pay at the dealer.