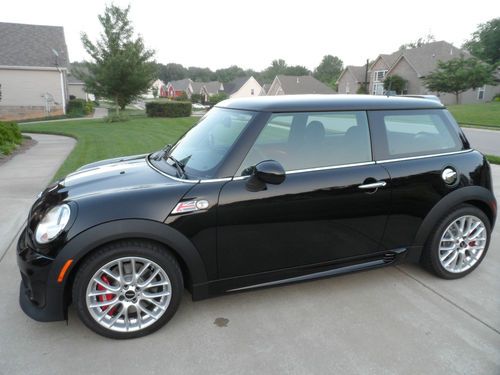 Car is in show room condition--still smells new--no smoke-- or stains--I have the oil and filter to change  after break in----reason for selling ---I want a boat !

Not Too Odd, Not Too Maxi. Is This Mini Just Right?
We recently got our first time behind the wheel of the latest iteration of the Mini Countryman, the 215-horsepower John Cooper Works model, and were left less than enthused despite the inherent fun factor that a JCW badge brings. Our time with the crossover suggests the Countryman is just too weighty and soft to properly wear the badge.
We have also spent loads of time in various Mini Clubman trims and, despite the oddity of its configuration, this model may be our overall favorite in the current Mini lineup. But it is decidedly not a volume seller, which Mini needs.