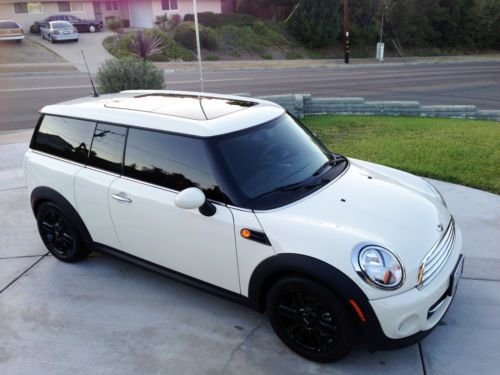 As surprised as the face of the new 2014 Mini Cooper makes the model look, customers shopping for the third-gen hatchback won't be surprised at all come spring. When the Hardtop goes on sale, it will not only offer a similar design to the outgoing model, it will also have a familiar price with a starting MSRP of $19,950 (*plus $795 for destination).
That price is for the base, third-generation model with the company's new 134-horsepower, 1.5-liter three-cylinder turbocharged engine, and that MSRP amounts to a $250 increase over the 2013 Cooper. Looking for a little more power? The 189-hp Cooper S will go on sale at the same time, starting at $23,600 - just $300 more than last year's model.
Mini's press release discussing 2014 Cooper pricing is posted below, but for more detailed information on the options and packages, head on over to the live configurator.

New Mini to bow on Nov. 18, on Alec Issigonis' birthday

Miniacs, note November 18 on your calendar. That's when the all-new Mini Hardtop will debut. Now, this might not be a great deal of news, after all, we already showed you the car, codenamed F56, a few weeks ago. But this full unveiling should bring with it even more detailed exterior images, a full look at the cabin and if we're lucky, performance numbers.
History buffs will also note that November 18 is the birthday of Sir Alec Issigonis. It was Issigonis that penned the original idea for the Mini on a cocktail napkin, envisioning a car with a transversely mounted engine, the wheels pushed out to all four corners and plenty of cabin space for occupants. That car had a remarkably small footprint and was quite efficient, perfect for tackling the fuel shortages brought on by the Suez Crisis in 1959's Great Britain. An unintended side-effect of its design was that it was also an absolute hoot to drive.
The November 18 debut will take place at Mini's home, Plant Oxford, in the UK. Following that, November 20 will see a near-simultaneous debut at both the Tokyo Motor Show and Los Angeles Auto Show. We'll be on hand to bring you all the details.