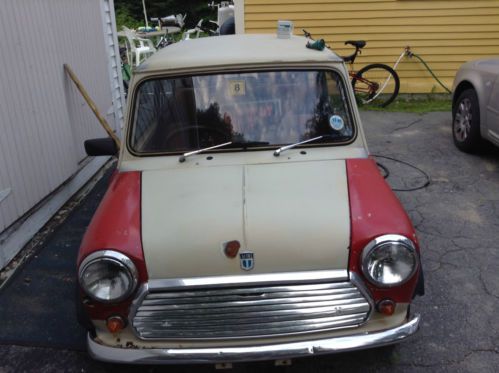 Location, Location, Location
Back in February, Mini invited me to come try out its brand-new Paceman coupe-crossover-hatchback thing in Puerto Rico, and not long after, I spit out a Quick Spin detailing my impressions of the little-big two-door. But here's what I didn't tell you: Mini also let me loose on those fine, curvaceous, tropical roads in its hottest hatch, the John Cooper Works GP. And while that behind-the-wheel gigglefest would have no doubt made for a story laden with positive notes and warm regards, the truth is, I only drove it for 15 minutes, so I couldn't in good conscience offer much of a story to you. (European Editor Matt Davis also got a short stint behind the wheel of the GP late last year.)
So for the sake of due diligence, I buckled down and spent a full eight days with the JCW GP back home in Detroit, just as springtime was starting to stick here in southeast Michigan. But after my time with the Mini, I was wishing that I could have just been left with my GP memories from Puerto Rico, where I was pushing the little hotbox hard around smooth corners and flexing every one of its muscles to eke out the full JCW GP experience in only a short timeframe.