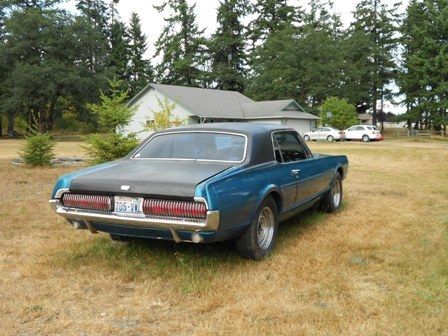 Condition: UsedA vehicle is considered used if it has been registered and issued a title. Used vehicles have had at least one previous owner. The condition of the exterior, interior and engine can vary depending on the vehicle's history. See the seller's listing for full details and description of any imperfections.Seller Notes:"1967 Couger, some rust issues, needs floorpan patch panels, good running 289 with manual on the floor, black interior, car is complete, great project."

1967 Couger, 289 V8 with manual on the floor, black interior, green exterior, some rust issues, will need floorpan patch panels, trunk ok, this is a great project with lots of value when done. Winning bidder will need to arrange shipping and payment for the same. Nice classic project with will be worth a lot when done