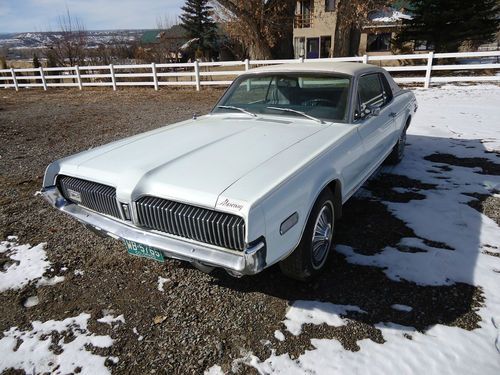 THIS IS A SPECIAL ALL ORIGINAL 1968 MERCURY COUGAR. I AM THE SECONND OWNER SINCE SEPT  OF 2012. IT HAS GREAT INTERIOR WITH SLIGHT WEAR ON FRONT SEATS. FEW SMALL DINGS BUT IN GREAT CONDITIOIN OTHERWISE. NEAR NO RUST ANYWHERE. RUNS AND DRIVES VERY SMOOTH. ONLY REPLACEMENTS ARE BATTERY ANND RADIATOR