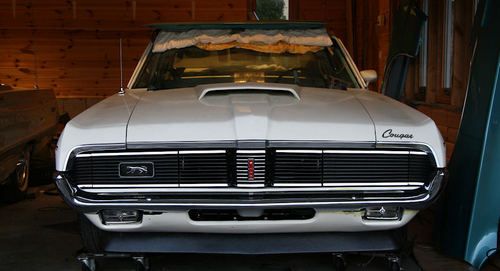 MOVEING AND MUST SELL MY BABY, You are bidding on a 1969 Mercury Cougar Eliminator. 1 of 51 made with the exact paint and trim codes , fresh 351w  motor and fmx trans . straight and solid car ,  has new brakes and shocks , fuel tank , brake and fuel lines . roush heads , edelbrock carb and intake.nice collecter car, just sitting in my pole barn covered waiting for a new home. comes with original Build sheet (Dearborn mi. )  and marti auto report.  any questions just ask.