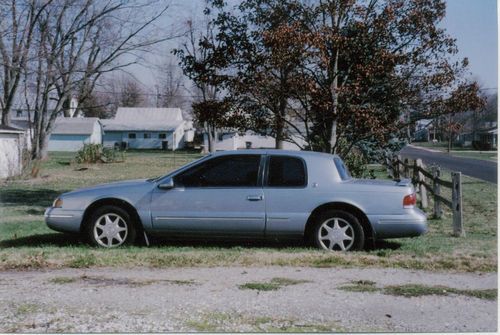 1997 Mercury Cougar XR-7, V6, 3.8, All power inside working, 160,000 miles, body in good shape, kept in garage most of the time, one little rust spot on bottom of drivers side door, motor runs but not drivable, motor keeps cutting out, needs a new battery, tune up, brakes, sway bar, ball joints, and two back tires. Selling as is. Pick up only and pay cash when you pick up car.