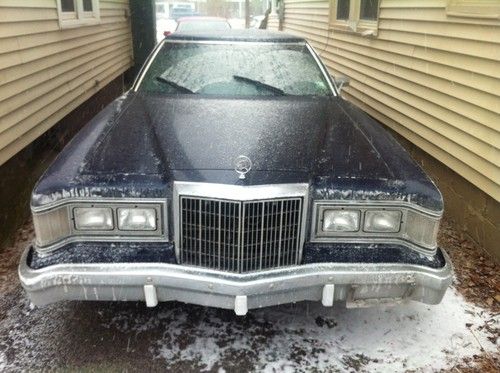 Condition: UsedA vehicle is considered used if it has been registered and issued a title. Used vehicles have had at least one previous owner. The condition of the exterior, interior and engine can vary depending on the vehicle's history. See the seller's listing for full details and description of any imperfections.Seller Notes:"Blue 1978 Mercury Cougar. -86k miles-302 Motor -Runs Great -Great Condition -Just Painted -Cloth Interior-New TiresEmail for more pics"

This listing is for a 1978 Mercury Cougar with only 86,000 miles on it. The car is located in Schenectady, NY and can be picked up there after the auction ends. The car is in great condition and runs well. Please call 518-428-0404 with any inquiries.